Three Dozen Dems to Vote Holder in Contempt of Congress? 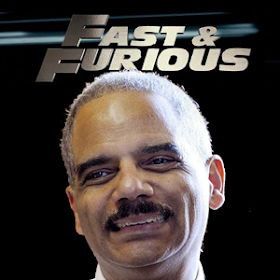 Things don't look very positive for Attorney General Eric Holder. It looks as if he will not only be held in contempt by the full house tomorrow, despite pleas from some Democrats:


"Should the House continue to pursue this irresponsible action, it is likely that it would lead to many years of judicial action, and would of course further poison the highly charged partisan atmosphere leading up to the elections," Rep. Danny Davis (D-Ill.) said on the House floor.

The only problem with Rep Davis' plea is estimates range between 20 and 35 of his Democratic colleagues will be voting for the contempt resolution.

So far only four Democrats have publicly announced their intention to hold the AG in contempt. According to Politico Democratic Reps. Nick Rahall of West Virginia and Collin Peterson of Minnesota have joined Utah Democratic Rep. Jim Matheson with plans to vote in favor of contempt. Georgia Democratic Rep. John Barrow is also planning to vote for the contempt resolution according to Fox News:

"While Republicans and Democrats argue over the scope of the people's right to know what happened, the Attorney General has decided to withhold relevant documents," Barrow said in a statement. "The only way to get to the bottom of what happened is for the Department of Justice to turn over the remaining documents, so that we can work together to ensure this tragedy never happens again."

"Sadly, it seems that it will take holding the attorney general in contempt to communicate that evasiveness is unacceptable,"

Twitchy is reporting that the leftists on Twitter are having an absolute conniption about the Dems voting to hold the nation's highest law enforcement officer in contempt, calling on their fellow Democrats to seek revenge at the polls.

If a large number of Democrats vote for contempt it will certainly take some wind out of the sails of liberals who claim the proceedings are based on politics, however they are already working on some spin--claiming that they are voting for the bill to make the NRA happy.  Funny thing though, months ago when 31 Democratic Party representatives sent Holder a letter urging him to release the fast and furious information, the NRA had not yet gotten involved in the issue. Maybe they are all psychic and KNEW the NRA was going to get involved.