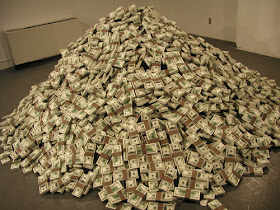 So it is to be war between us. But this time, my clever friend, the disaster will be yours-The Phantom, Phantom of the Opera

The RINOs want revenge! Even as the Obamacare website is threatening to give the GOP everything they lost in the shutdown and more, even though it was tea party activists who gave the GOP its house majority, National Journal is reporting "establishment" money men of the Republican party are preparing to attack conservative lawmakers "from sea to shining sea."


This will not be a coordinated operation. It will be messy, ugly, and prone to backfiring. And if the comeback succeeds, it will be in fits and starts, most likely culminating in the selection of a presidential nominee in 2016.

"Hopefully we'll go into eight to 10 races and beat the snot out of them," said former Rep. Steve LaTourette of Ohio, whose new political group, Defending Main Street, aims to raise $8 million to fend off tea-party challenges against more mainstream Republican incumbents. "We're going to be very aggressive and we're going to get in their faces."

(...)"This is a battle we have to fight," said GOP consultant John Feehery, who has advised top Republican leaders on Capitol Hill. "We can't just lie down and let this happen."


LaTourette's Defending Main Street group has identified its first project: defending Rep. Mike Simpson of Idaho. The Club for Growth threw its support to a tea-party challenger, Bryan Smith, because Simpson backed the $700 million Wall Street bailout, raising the debt ceiling, and a budget deal that staved off the fiscal cliff.

Defending Main Street also is keeping an eye on other House Republicans who have drawn the wrath of the Club for Growth, including Aaron Schock and Adam Kinzinger of Illinois and Shelley Moore Capito of West Virginia, who is running for the Senate.

But there are many more races drawing the attention of Republican insiders who fear the tea party—and the public's growing distaste for the movement—is jeopardizing GOP control of the House and a potential Senate takeover. Consider:


Another group targeting the Tea Party will be Karl Rove's Conservative Victory Project, an arm of the Crossroads super PAC. They plan to vet GOP primary candidates with the goal of sending the most viable conservative to the general election.


"We want to avoid situations like 2010 with (Delaware Republican nominee) Christine O'Donnell, where a candidate gains momentum and the skeletons come out after the primary," said Crossroads spokesman Jonathan Collegio. "If skeletons exist, we'll make every effort to make sure they're known to every group that spends money long before the primary."

The real question in all of this is what's really behind all this? Are the big shots of Republican money central just trying to weed out the next Christine "I am not a witch" O' Donnell, or Todd "legitimate rape" Akin?

Are they simply trying to prove that they are the most testosterone enriched Republicans on the block. Teach those conservatives that they aren't as powerful as the think. Knock off a few Tea Party Republicans and next time there is an approaching shutdown the will fall in line behind GOP leadership.

On the other hand the establishment Mafioso may be trying to totally destroy the Tea Party, render this grass roots movement impotent. Should that be their goal the Tea Party will vote---with their feet, forming a third party and damaging the future of the GOP just as surely if an "I am not a witch" or a "legitimate rape" type candidate was nominated to represent the party in every congressional district in America.